For the first time, we moved our meal to later in the day. It was actually kind of awesome. I don’t know why we hadn’t done it before. We had brunch snacks and drinks out all morning and afternoon and then Thanksgiving for dinner. I didn’t have to wake up crazy early to put a giant turkey in the oven, which was huge. And it was just way more relaxed, all around.

We also tried that spatchcocking thing. I hope it is a verb, because if not, I just made it one. It went really well! Except most of the directions we found, didn’t seem to provide really clear cooking times. We had just read sort of vague “90 minute” or until the bird is 165 degrees guidance. Turned out, it was more like two hours for our giant bird. NBD. It's not like we were timing everything else around the turkey. 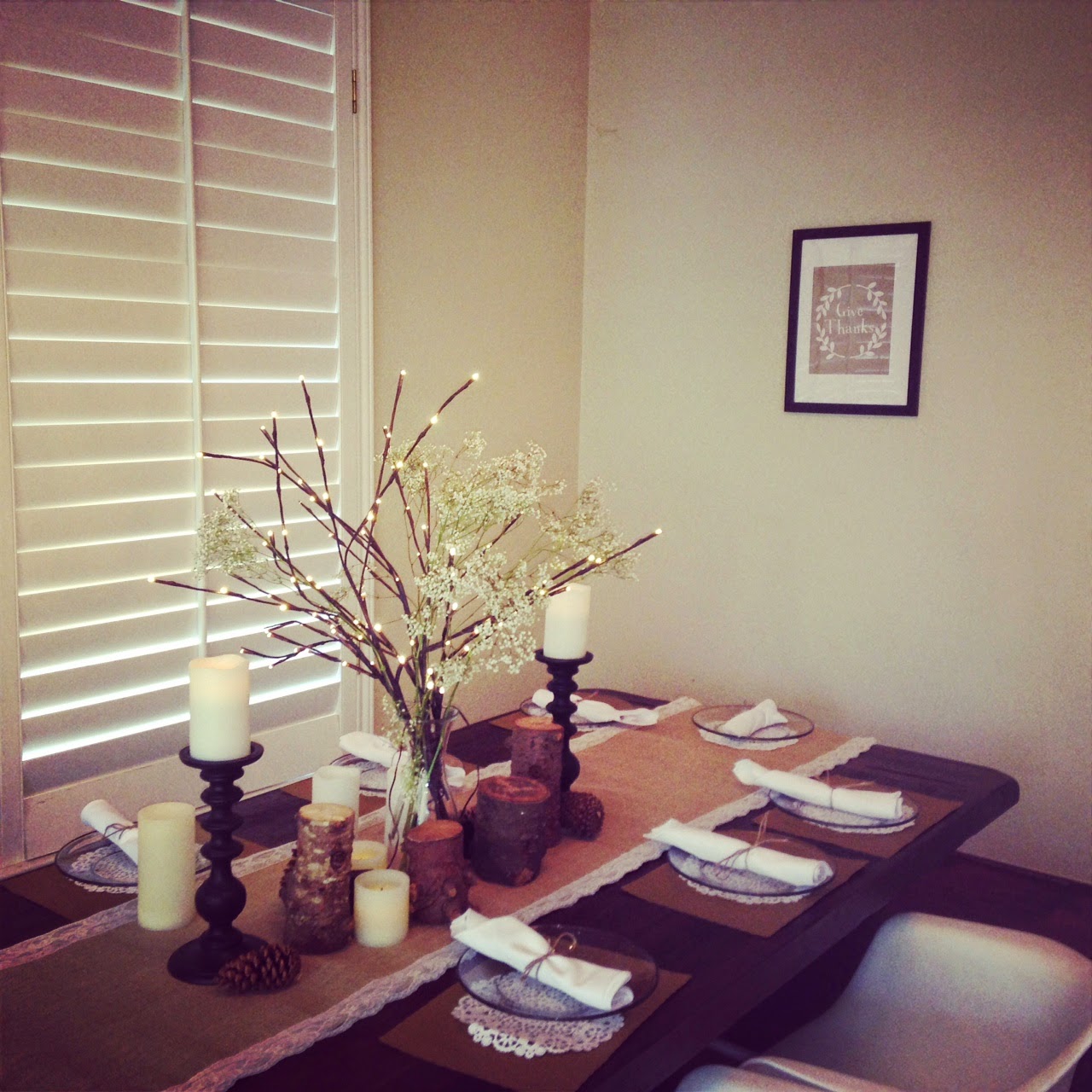 I was really proud of the table setting. Because I’m not naturally good at this sort of stuff. So it means a lot to me. It looks even prettier when you dim the lights. But I’m also not good at photography. 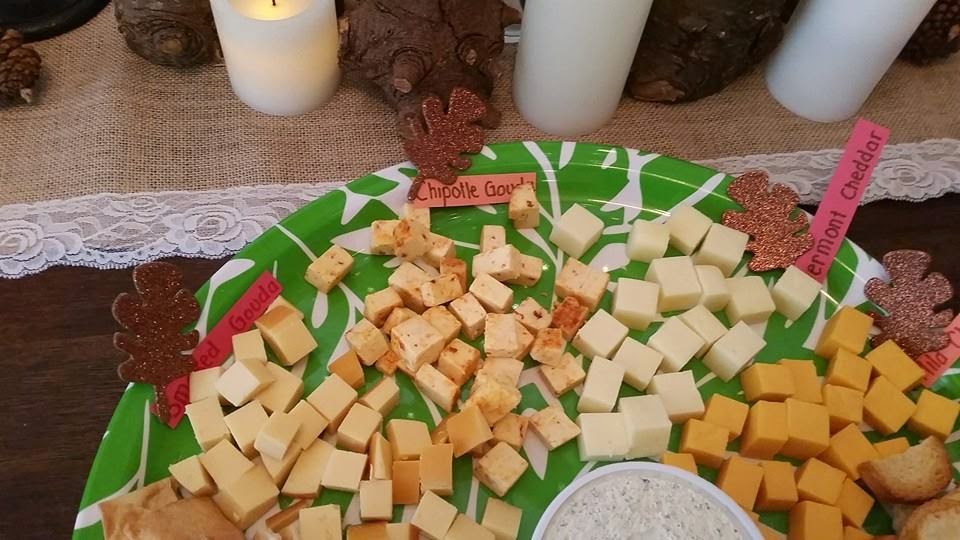 My cheese tray, the cheese is supposed to look like a turkey. I made a face in the dip. I didn’t try that hard because once I had this amazing veggie tray that looked like a turkey and nobody ate it. Because vegetables, maybe? Anyway. My sister said something about my snowman dip. Eh. Close enough. 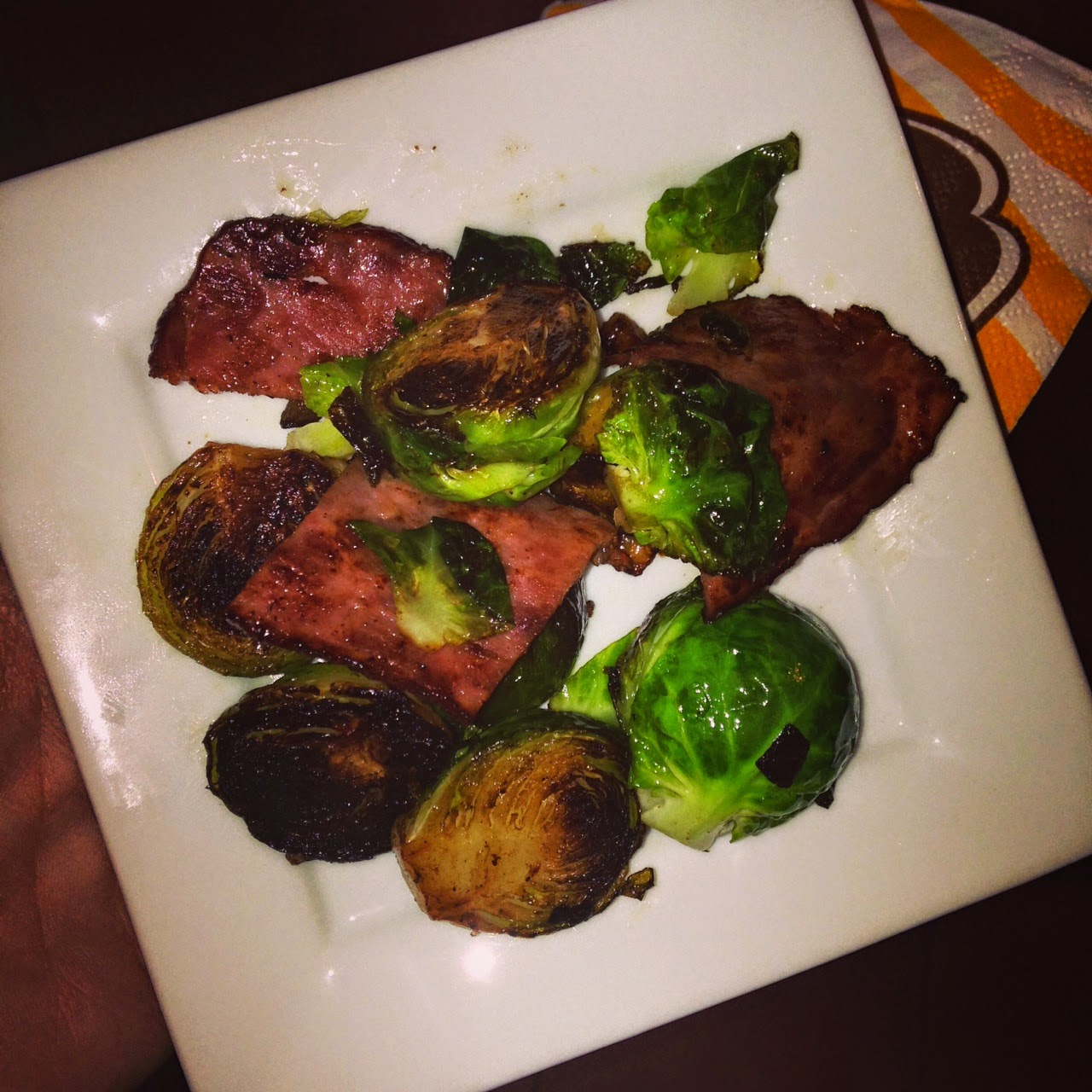 Here’s one of the dishes I did get a picture of, Brussels sprouts and bacon. it was my first try and it turned out pretty good.

Here is our broke back turkey before we cooked it (obvs). 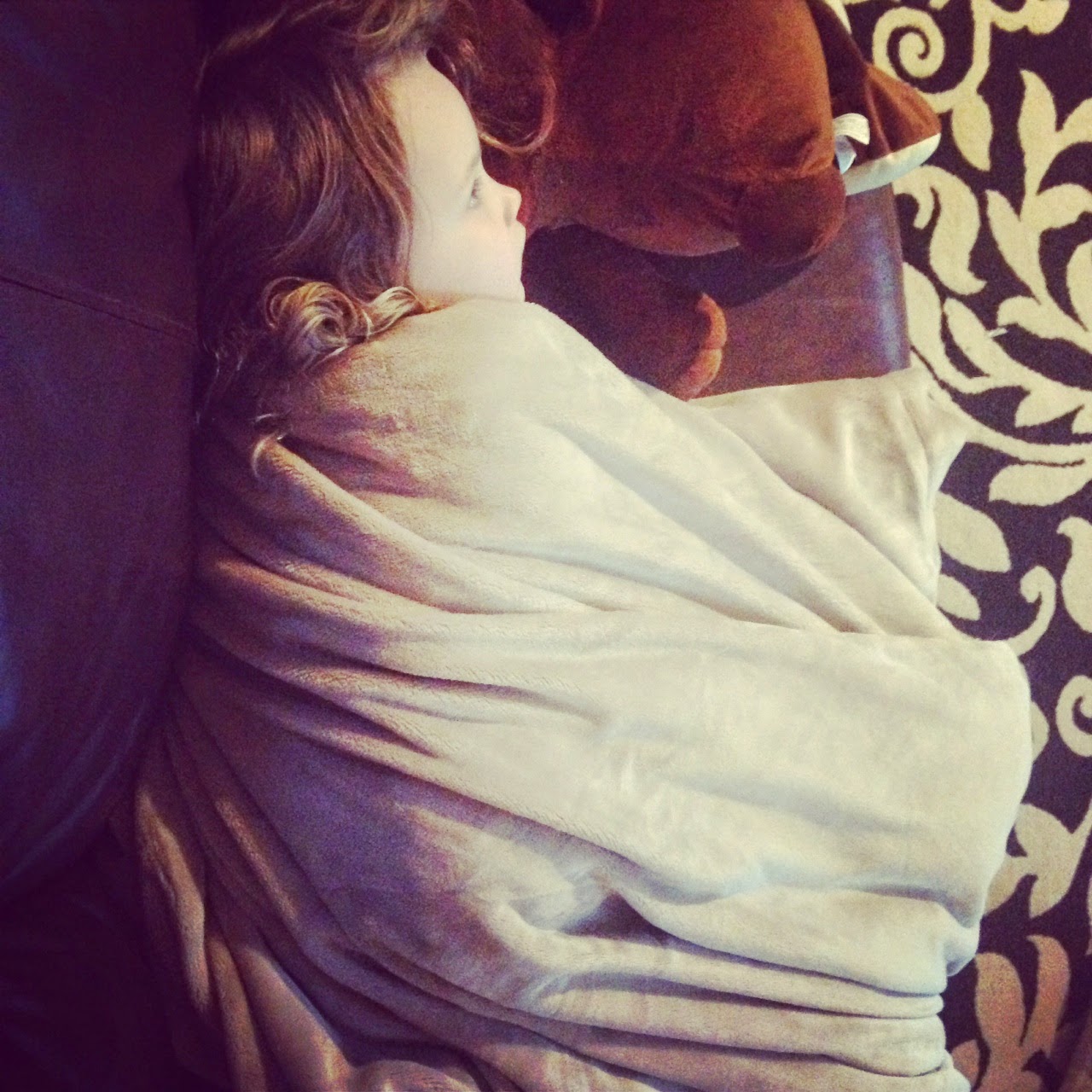 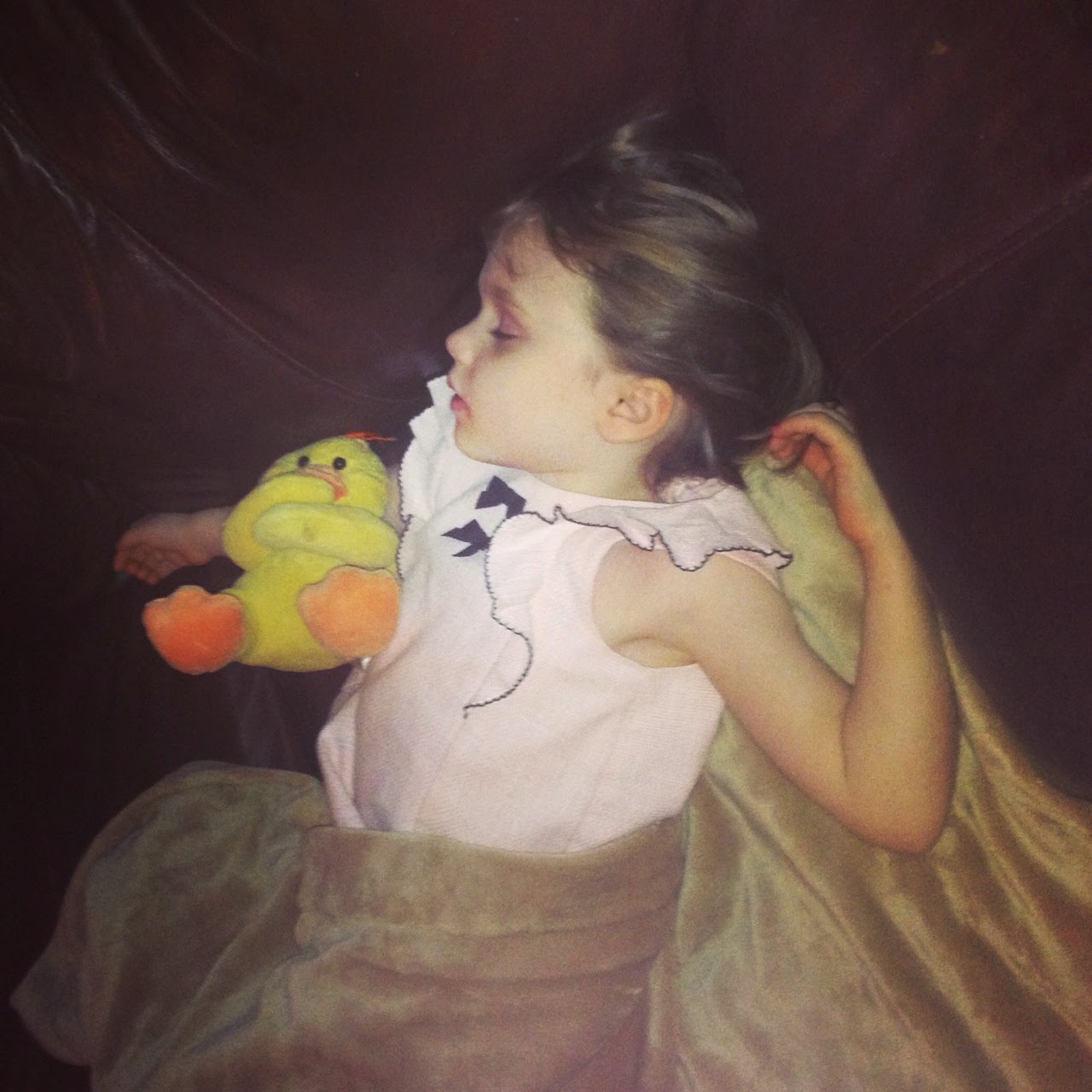 Here are two worn out girls. And they needed their holiday rest. Because after thanksgiving is CHRISTMAS SEASON. 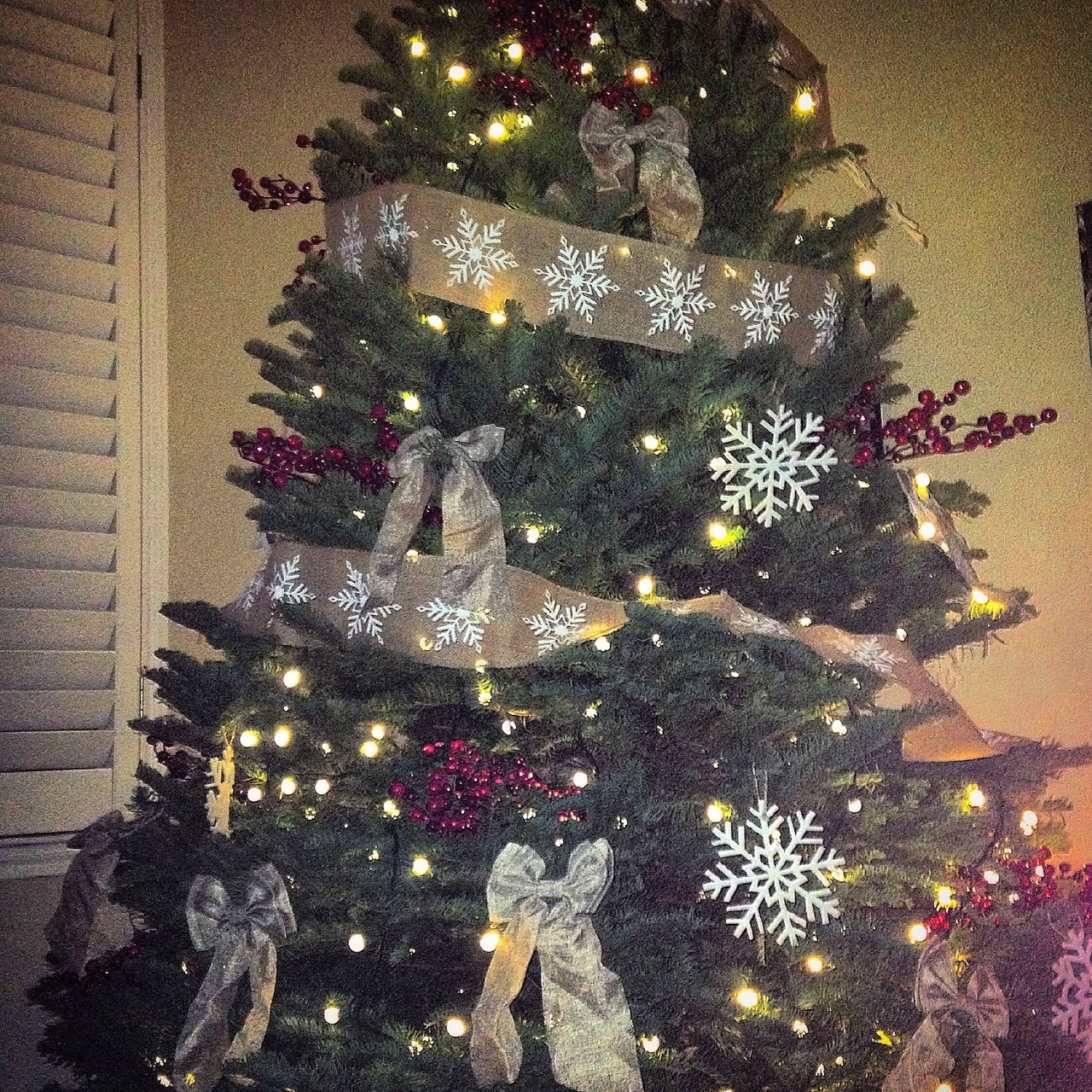 And yeah, we got the decorations out right away.

I hope everyone else had a wonderful Thanksgiving!