On winning the husband lottery

I've said it before, but still not often enough: my husband is kind of amazing.


First of all, I know he is awesome because he is super clean. Like obsessively clean. We have this mutual love of Roombas/vacuumed floors that I am pretty sure means we are soul mates. He is also crazy organized and super responsible. Which is clutch if you don't want to marry someone who will make your life harder instead of easier.

Second, he is smart. I know there is all kinds of smartness, so I should be clear. He is all kinds of smart. Like there are "math people" and "writing people" and some people are more socially or athletically gifted. But Cork is all those things. Before we even met, I had this huge (huge) fear of marrying some guy who wasn't as smart as (preferably smarter than) me. Maybe that is a terrible thing to admit? (OH WELL! too late!) But I wanted to spend the rest of my life with someone who would challenge me to grow and learn new things. Someone who I could have really interesting conversations with. Not someone who I would have to abruptly end a conversation with because he'd already said enough dumb stuff and I couldn't stomach any more dumb stuff without my respect level plummeting below an acceptable level.


I also knew I couldn't marry someone who wasn't good at grammar and math. That would be a deal breaker {that, and being under 6 foot tall. I'm kidding. No, I'm not.}. And you guys, he's also good at science. And politics. And also everything else. Even things I don't even get, like sports and Home Depot-related purchases. 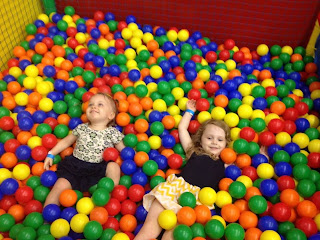 More importantly, he's a nice guy. He's considerate, in that he actually consider's other people's points of view, experiences, and feelings and treats them as valid*. Which is something that I think straight/white/cis males are sometimes pretty crummy at (not to generalize, but...I think that when you are the demographic that experiences the least discrimination, it is super easy/lazy to assume everyone else shares your privilege.) {I feel like I should also be thanking his mom some too, right? Also, now is also a good time to thank her for being nothing like most mother-in-law stereotypes/horror stories. She's pretty great herself.}

*unless I'm sick. then I'm fairly certain he sometimes thinks I'm faking it to try to get some extra sleep. 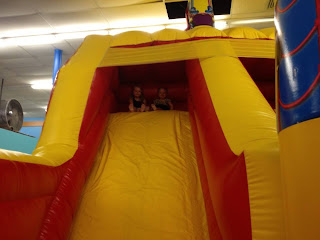 And did I mention he cooks? Yeah. True story. The really cool part? He wasn't raised in some crazy religion that demands I submit to him (because PENISES! And also GOD!). So we make decisions together (more or less), and each take the lead in areas where we are stronger. And not once have the gates of hell opened up and swallowed us whole. Weird, right?


My point is, my husband is the best. And my girls and I are pretty darn lucky.

Email ThisBlogThis!Share to TwitterShare to FacebookShare to Pinterest
Labels: Dad