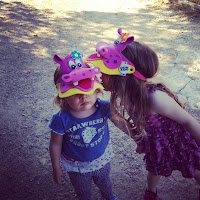 I took the week off as part of a sort of impromptu internet purge. Sort of like when you realize you have too much stuff in your house and you need to downsize. I just spent way more time offline and noticed what I did and didn't miss, and then I pruned my RSS, twitter, facebook, and instagram feed. I just realized I followed too much stuff and too many people. And even though following doesn't take up any space, it takes up so much time. Which is way more valuable (for someone who no longer lives in NYC, anyway). And it felt pretty good. I totally recommend it. (unless you're going to unfollow me, in which case, never mind! just kidding. do whatcha gotta do) 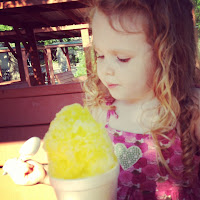 Anyway, since I haven't done one of these in a while, here is a Friday photo and link dump.

A Plea for Listening Well at Christian Colleges This post, especially this line, (go ahead and read it real quick, I'll wait) was really hard for me to read. It made me want to go out and find every person who has ever said something casually dismissive to anyone who has experienced something so cruel and dehumanizing AND PUNCH THEM IN THE FACE. Come on, you guys. And at a Christian college? Seriously?! I just. I can't. ARGH.

There seemed be an overall misperception that we minorities were playing the victim card and that our experiences of racism were somehow our own fault or mere exaggerations. Honestly, this misperception is one that cuts me to the core. This misperception communicates to me and other minorities that our hardships, pain, and turmoil are not real or valid. They wrongly suggest that at any given moment minorities can change their circumstances, as if we are the ones in control. 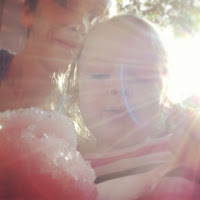 American Airlines Flight Attendant Allegedly Told Breastfeeding Mom To Cover Up Not to get all meta (slash, narcissistic) on you. But ICYMI, HuffPo linked to my blog, omg! omg!

More than one blogger has pointed out that American Airlines' policy doesn't go far enough to protect the rights of breastfeeding mothers.

A post on Dirty Diaper Chic, for example, noted that the airline's policy is "ambiguous" and makes the mother "responsible for anyone around her who happens to sexualize the act of feeding an infant or who happens to have misogynistic expectations that they can force a women meet their arbitrary standard of 'covered up.'" The post goes on to say that the policy "leaves mothers vulnerable to harassment and bullying from flight attendants." 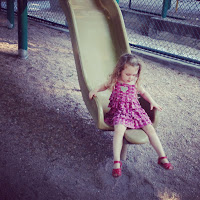 Breastfeeding in public {for anyone who still needs convinced that you can breastfeed without a cover "modestly" (I'm sorry, I can't use that word without having a gag reflex, I guess that means it is "bad theology." PS, here is the antidote to that gospel coalition nonsense: What If Jesus Had A Gag Reflex?)}


In Michele Bachmann's home district, evangelicals have created an extreme anti-gay climate. After a rash of suicides, the kids are fighting back

How to Avoid Power Struggles with Kids who are Picky Eaters just whatever you do, promise me no clean the plate club!

Use Ignoring to Reduce Attention-Seeking Behaviors I like how they have to point out that this won't work if you pretty much ignore your kids on the regs anyway. Sorry, negligent parents. Find something else. Like spanking. Shoot. That is depressing. Maybe parenting isn't right for you?