Sometimes it is hard to get good pictures of the girls because they are going through a hard core, "we hate clothes!" phase. So there is that.

How to Fix Our Math Education Oh, to live in a world where math is taught through project-based learning! Where "mistakes" aren't just red marks in a test you throw away, but information you use to improve your your understanding so you can build a better project! And in that world, no child would ever need to ask, "when am I ever going to use this!?" Oh, context...

A math curriculum that focused on real-life problems would still expose students to the abstract tools of mathematics, especially the manipulation of unknown quantities. But there is a world of difference between teaching “pure” math, with no context, and teaching relevant problems that will lead students to appreciate how a mathematical formula models and clarifies real-world situations. 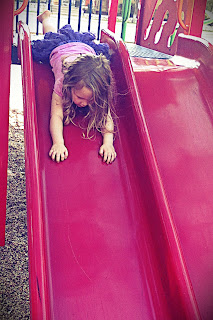 Guns in the home proving deadly for kids When letting your child go on playdate, do you ask if there are guns in the home? This mom wishes you would.


Although mass shootings get more attention, children are far more likely to be killed at home. Through homicide, suicide and accidents, guns cause twice as many deaths in young people as cancer, five times as many as heart disease and 15 times as many as infections, according to the American Academy of Pediatrics. 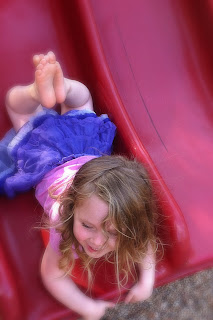 Ask a Recovering Alcoholic...(Response) The last time I set foot in a fundamentalist church, the sermon included a disparaging jab at alcoholics. (I believe he clumped them in with murderers and thieves). That it was my last time in such a church was no coincidence. Evangelical fundamentalists and shame! Shame and evangelical fundamentalists! What a team! Growing up in a teetotaler faith, I didn't have much experience with alcoholism (although, it's not one of those things people generally flaunt) but even then, I knew enough to know making that statement was a jerk move on the part of the pastor.

I wish more pastors didn't still view addiction in primarily moral terms. Yes, addictive behaviors often begin with a moral failing like selfishness or overindulgence. But full-blown addiction involves physiological and psychological components that go beyond sin or even choice. Trying harder, reading the Bible more, or praying more are rarely the solution. 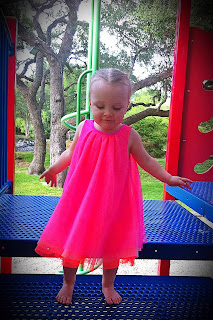 9 Questions That Atheists Might Find Insulting (And the Answers) I got this from my friend, Kate, and it is awesome. I'm guilty of having wondered these same things most of my life (usually as a child). But (hopefully) my adult conversations with my atheist friends involved questions that were a little more considerate. I've said it before, but some of the most interesting and thoughtful insights on religion and eternity, I've gotten from atheists (usually they've put a ton of thought into their view, and I'm not saying religious folks haven't. not at all. but I will say, some of the most regurgitated, useless, aphorisms I've gotten were from people who had sat next to me in a pew.)

If you accept some parts of your holy book and reject others -- on what basis are you doing that? Whatever part of you says that stoning adulterers is wrong but helping poor people is good; that planting different crops in the same field is a non-issue but bearing false witness actually is pretty messed-up; that slavery is terrible but it's a great idea to love your neighbor as yourself... that's the same thing telling atheists what's right and wrong.


James Dobson So Glad Feminism Is Over and Women Want to Be Mommies Again If you don't know who James Dobson is, lucky you! I'm obviously not his biggest fan. He was (is?) very influential in some fundamentalist religious parenting circles. He is a big proponent of hitting kids till they hurt (to beat their sinful nature right out of them!). You know, like his dog, whom he also beat. Anyway, somehow he's still relevant. He got some attention for writing a mother's day post where he blames "the  homosexuals" and feminists for trying to destroy our families! And our nation! (but don't worry guys, they are losing!) And according to Dr. Dobson, a feminist is basically an angry woman who is all, if I can kill a baby with my bare hands, I can open my own door!

Needless to say, Dobson also leaves out the considerable range of reactions to Miller’s article, (this New York Mag article, which was actually really controversial) and the debates that it has sparked. Nah, what gets Dobson excited is that “even” liberals and feminists are “discovering” that children matter and that they thrive in stable, loving homes. Because, hey, we were all so busy having gay sex while driving our Subarus to the Abortionplex that we never thought of that.

Speaking of sinful nature, this made me laugh

Video: Michele Bachmann says 9/11 and Benghazi attacks were God’s judgement A God who sees something he doesn't like and kills innocent people? Sounds lovely, a real class act.

Our nation has seen judgment not once but twice on September 11. That’s why we’re going to have ‘9/11 Pray’ on that day. Is there anything better that we can do on that day rather than to humble ourselves and to pray to an almighty God?”


Terrorism and the public imagination The thing that I don't really understand is the obsession with calling stuff "terrorism." Legally, the term requires a motive. And I feel like you need to establish guilt in this country before you can establish a motive. But, hey. I'm not lawyer. And the other thing I don't understand is the way we devote all that attention to terrorism while thousands of violent deaths from non-terrorist gun violence are going unnoticed.

A crowd of innocent people attending the Boston marathon are maimed by flying shrapnel from homemade bombs. A crowd of innocent people attending a Mother's Day celebration in New Orleans are maimed by flying bullets. Two public events. Two terrible tragedies. One act of violence becomes a huge news story, transfixing the media's attention for months and drawing outraged proclamations from politicians and pundits. Another act of violence is dismissed as the normal way of the world and quickly forgotten. The victims bleeding on the ground may be forgiven for failing to see the distinction between the two acts. For those on the receiving end, violence is violence. For the rest of us, it is a rhetorical tool, to be deployed when it fits a narrative of American triumphalism. Otherwise it will be forgotten, by everyone except the victims.


Poll: Americans angry about Benghazi can't find it on a map Turn off Fox News and buy a darn map!


Of the 41 percent of Republicans who consider Benghazi to be the worst political scandal in American history, 39 percent are unaware that Benghazi is located in Libya. 10 percent said it's in Egypt, 9 percent in Iran, 6 percent in Cuba, 5 percent in Syria, 4 percent in Iraq, and 1 percent each in North Korea and Liberia, with 4 percent unwilling to venture a guess.