Part one, of possibly just one, aka, stuff that is mostly finished/clean

So, technically we had a mantel/fireplace in our old place, we just had it covered by the TV/media center to keep the girls out of it. That is some classy childproofing, amiright? Eventually we will have the TV mounted on the wall up there. But I kind of like things on the bare side right now. I haven't done a lot of hanging yet and I'm not so sure I even want to. The lack of stuff (clutter) feels really relaxing. It is like I live in some sort of zen retreat filled with screaming children. 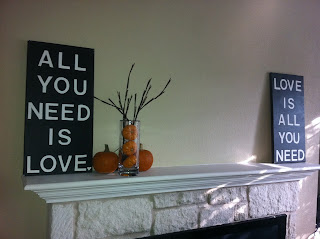 I got those cute signs from Lemonade Makin Mama on Etsy. How much do you love the heart for a period?  Yeah, me too. 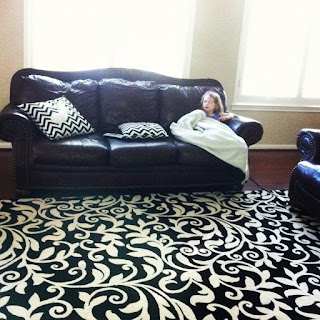 And this is what is in front of the fireplace. I love the living room a lot. I liked the paint that was already on the walls, I liked the hardwood floors, and I liked they way they both went with the couches we already had. Because I'm too way cheap to buy stuff when I already have it. I don't know if you can tell, but that chevron pillow has a deer profile on it. I freaking love it. I got it at Made by Zigzag on Etsy. And the area rug? Walmart. What the heck, right? I know I should boycott Walmart because it is so anti-mom and pop. But it was stupid cheap (which is an important quality when buying things that will likely be destroyed by small children) for such a big area rug. And also, (wait for it) I liked it a lot.

Here is something I love about our new place, the play room. I wanted a place where the girls could jump and climb and not risk breaking their faces. Seriously. They are always hurting themselves. This picture was taken before I totally finished the room, but there is a reading nook (the pink kid seat), with the word "read" above it (I'll show you later, it is cute). And a slide, and princess tents, and a play kitchen, and lots of soft spaces to jump with minimal corners or hard things. It is all stuff we can rotate out pretty easily, so it won't get old. We put our old mattress on the floor so they'd stop asking to jump on our bed. It is also great for napping while they play, I'm not gonna lie. We didn't need that mattress anymore because we replaced it with a king sized mattress and how in the world did I ever sleep on such an itty bitty mattress for all this time? My new bed is bigger than our entire last home, true story. It is the best sized bed I have ever met. 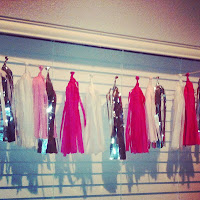 I also put some tissue tassels up. Because I wanted to. 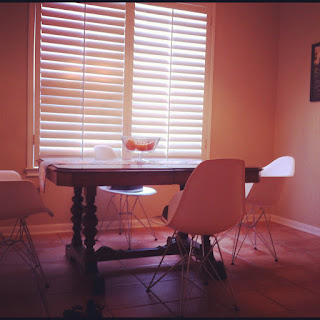 So here is the table. I love it a lot. Nat The Fat Rat's table was my inspiration. How much does everybody love Natalie? I know, right? I almost bought her exact table, because it is awesome and was on sale. But I found this little, vintage guy for a really good deal. 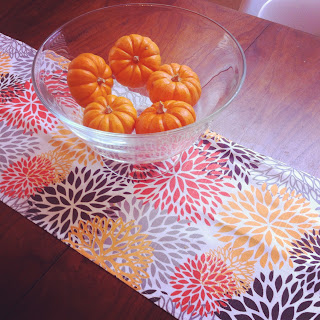 It is so festive, right? with my fall-colors table runner and the bowl of baby pumpkins. I was going to get more little pumpkins when we take the kids to the pumpkin patch, so just imagine this like twice as festive, OK? It's nice, right?

You've seen my house. You've seen my cars. Now get the heck out. Just kidding, that was a little MTV Cribs action for you. Seriously though, I'll have more pictures when stuff is more finished or clean or both. Or I won't. Sometimes I lose interest in stuff like that. You never know.

In conclusion, buying a home felt a lot like getting married. Super stressful and expensive and filled with endless decisions, but also really amazing and exciting and fun. In both cases, I really feel like I found "the one." And both times, I knew right away. Like after looking around lot I was like, eh, maybe I have to lower my standards, or just give up. But hold on to the hope, you guys! there is always something perfect and awesome out there just waiting for you to find it! Or maybe there isn't and I just lucked out twice in a row?