Halloween is in the air

Alternate title: I think Instagram threw up on my phone
So we moved in the middle of October (in case you missed it), which cut into my Halloween-planning and decorating time. But fear not, we will still be celebrating. It did seem like a waste of money, decorating for less than half a month. But it worked out OK because I pulled off all this decor for like 20 bucks, no lie. We got this idea from Pinterest. It is seriously just streamers, paper plates, and tape, ya'll. But I sort of love it a lot. 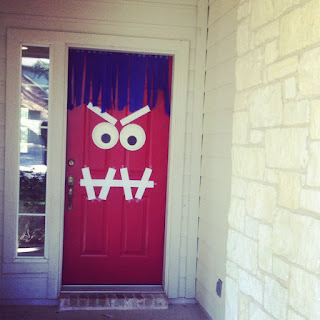 So, the girl are OBSESSED with spider decorations in our neighborhood. When we go on walks, they love decoration, period. It is sort of awkward sometimes, because they keep asking, "what's that?" Uh, a zombie/demon/death? So I just say, "a goblin" which I thought sounded sort of harmless. But Hannah calls them "goblers" and thinks it is because, "if we touch them, they will gobble us up!" (I  like to discourage them from touching the neighbor's stuff by saying it might be real.) So maybe the harmless-thing backfired? But Halloween is a weird holiday, isn't it? It is all, little candy bars and lady bug costumes (see below) and then there is also the sexy-everything costumes and the undead stuff? I mean, what? 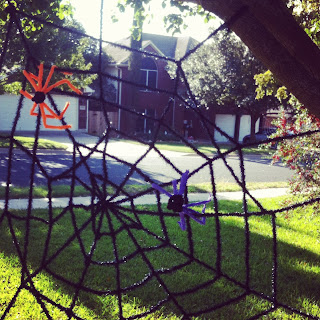 Ok, so like I was saying, the girls love them some spiders. So I really wanted to get one. But all Target had was a sixty-dollar, light-up spider (that is just stupid, no offense if you paid sixty bucks for a light up spider; clearly, I'm just jealous). Anyway, that thing will totally be half price in like a week, so what the heck? that is not going to happen. So instead I bought these fat/fluffy pipe-cleaner type things. And MADE some spiders. Like a very lazy and cheap Martha Stewart. 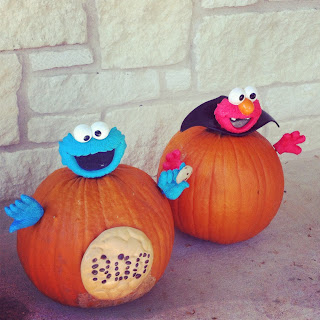 These guys, we brought back from last year. This year I heard a girl asking her mom for something similar (they have a lot of them at Target) and she said, "no, honey. Those are for people who aren't creative enough to make their own stuff." um, awkward/GUILTY. It reminds me of moms in the check out lines who are like, "those are for moms who hate their children and want them to die of diabetes and heart failure." While you hand your kid a Snickers bar. I mean, not really (if anyone is getting a Snickers bar, it is me), but you can imagine. Just be careful when you tell your kids why they can't have something. That stuff can get awkward. 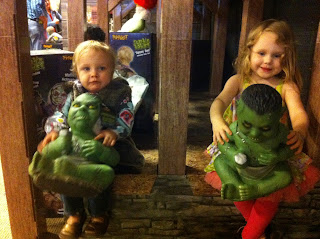 OK, so we go to the Halloween Store and WHAT the what?! That place was insanity. I was by myself with the girls and could tell right away, nobody was buying anything. The line was a mile long and the girls thought they were at some messed up amusement park/toy store combo. (I mean, not pictured are the child-appropriate costumes, it was a legit place to shop, it just also had all this.) They had no idea any of it was scary. They were just like, "babies!" Here is Maggie patting a demon baby's back. 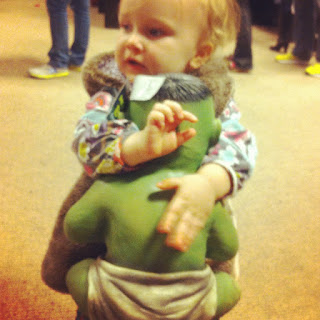 So after I pulled her crying and screaming from this place (which was after I let them knock themselves out playing with zombie toys), I decided that failed costume shopping excursion was probably going to be their high point of the Halloween season, which feels like a serious parenting fail. So to dilute that experience, we took them to the Wildflower Center's "Goblins in the Park" Halloween thing on Sunday. 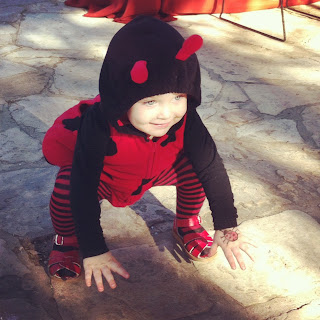 It felt like Maggie was just running, full speed into every place she wasn't supposed to go until it was time to leave. 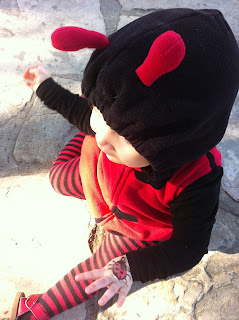 But she got that cute lady bug on her hand. 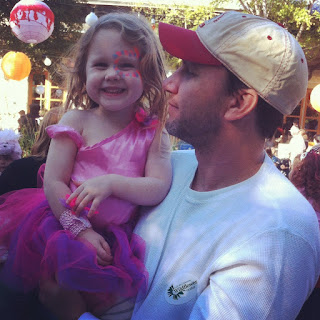 And Hannah got herself some fairy face paint. 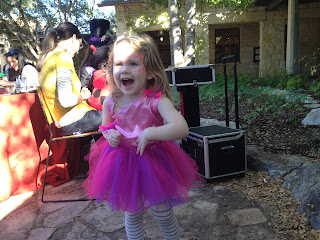 (I think she likes it) 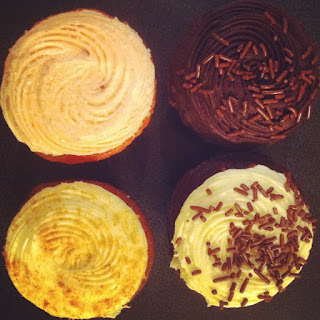 And Mommy got herself some Hey Cupcakes in like every flavor (Strawberry, Chocolate, and Pumpkin). It was like, all the stress of trying to keep Maggie from jumping head first into every wishing-well/pond-thingy disappeared from my memory with that amazing cream cheese frosting.

And this is all just warm up for the big day. Which also means, we still have three more days to get our money's worth out of those decoration. cha-ching, guys.