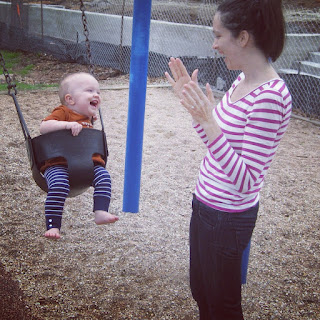 About a week and a half ago, I stopped drinking soda. I think soda is equal parts disgusting and awesome. I mean, it is just sugar and chemicals. Many of which are probably carcinogenic in large quantities. It is like drinking a filthy cigarette. A tasty, ice-cold, bubbly cigarette. But Maggie was not sleeping well, so I wasn't either. And I'm not really a coffee drinker, so Dr. Pepper was my caffeine of choice. And I was not just drinking it, I was craving it. I was probably getting most of my daily calories from it (gross, I know. Don't judge). And it was starting to feel disgusting. It was making it hard to fall asleep and making my stomach hurt (and the chocolate peanut butter I had with the soda might have had something to do with that stomach ache). I have been meaning to quit soda for a while now. Like since I picked the habit back up after Hannah was born. So I finally hit my soda-drinking "rock bottom" one night and I've been not drinking* soda ever since (*except when someone near me is drinking it and I steal a sip). I figure at some point, I'll lose interest in it. Right?? Ideally, I'd like to be repulsed by soda. I'm still waiting for that.

Along those lines, I decided it was time to start taking some other measures to get everyone sleeping better. So I decided it was time to sleep train Maggie. She is almost 14 months old, so my pediatrician would say it is about 10 or 11 months overdue. But cry it out (CIO) hurts my feelings. Sometimes I think I'd rather never sleep again than hear my baby crying out for me. But she also needs to sleep through the night. And so do I. And I'm pretty sure her marathon ear infection schedule has thoroughly destroyed the possibility of that happening on its own ever again. But here is what CIO looks like for us: she wasn't screaming in her crib in an empty room. No, Cork was holding her and she was screaming "Mama!" until she fell asleep in his arms. (Then, in subsequent wakings she fell asleep in the crib with Cork right next to her.) This kid. She is difficult. I love her. But I did not win the easy-baby lottery with her. Cork denies that there is such a thing. I disagree. Other people seem to be having these magical, happy, sleeping babies. And it's not fair.

The only cute thing that came out of it all, I asked Hannah if she wanted to take a walk with me while Maggie was screaming with Daddy. We got outside and I told her, "that crying, it hurts my feelings."
And she said, "I'll take it away, Mommy."
"Take what away??"
"Your hurt feelings"And she patted me gently and gave me a big hug.
That kid.

Email ThisBlogThis!Share to TwitterShare to FacebookShare to Pinterest
Labels: Sleep